The Poderosa was bought from her orginal owners, J Tully and Co, Sunderland in August 1896, to operate on the North Sea routes for her new owners Russell, Millar, Huskie and Co., who were based in Leith. She was an iron steamship built by Cole Brothers, Willington Quay, Newcastle (Yard No 28) and launched in April 1875. Her dimensions were 249.8′ x 32.9′ x 19.9′ and her tonnage was 1232gt.

Under the command of Captain Thomas Grieg and with a crew of eighteen men the Poderosa left Methil on 23rd September, 1896 with a cargo of coal for London and then proceeded to Archangel to pick up a cargo of wood to be shipped to Amsterdam. She left Archangel on 22nd October but struck the harbour bar leaving the port shearing about six inches off the blades of her propeller. The captain decided that she should continue her voyage and make the necessary repairs when she returned to her home port. En route for Amsterdam they encountered heavy weather and were forced to put into Hammerfest on the 27th before setting off again on the morning of the 19th at about 8 am. The Poderosa finally reached Amsterdam on 6th November and, after discharging her cargo, set off to return to Grangemouth in water ballast at 7 am on November 15th.

When 28 hours out from Amsterdam disaster struck. The propeller dropped off the shaft, likely due to the damage incurred when she struck the bar at Archangel, and she was left drifting powerless in a heavy sea. Her distress signals were answered by the steamship John Bull who managed to tow her to Grimsby where she was dry docked and a new crank shaft and propeller fitted. She finally left Grimsby on 26th November for a belated return to Grangemouth. Her crew was now reduced to sixteen as some men had left the ship due to the lengthy delays. Two replacement crewmen had failed to appear before the ship left port. The captain’s wife had also joined the ship and accompanied them as a passenger.

Hoping that the eventful, incident filled voyage was now into its last leg the captain steamed north and was soon abreast of Longstone where he set a NNW course to take the Poderosa past St Abbs Head, north of the South Carr and on into the Forth estuary. The tide was now ebbing and there was a strong NE breeze chopping the sea. At 8:45 pm the Isle of May light was spotted on their starboard bow and the lights of Dunbar on their port. The final turn east into the Forth should have taken them towards Fidra light and north of Bass Rock. However soon after this final turn they ran aground in a position which turned out to be midway between Dunbar and North Berwick close to Scoughall. The captain has seen broken water directly ahead just before she grounded and managed to order engine full astern but it was too late. He kept engines full astern for five minutes hoping to pull her off but she was stuck fast.

The boat was lowered and a kedge anchor prepared but it was impossible to deploy this due to the rough shallow water on either side of the ship. As the tide rose further attempts were made to reverse engines and pull her off but she didn’t move until the tide and wind moved her further in shore and broadside onto the rocks. Finally rockets were sent up and the Dunbar Lifeboat and North Berwick rocket apparatus arrived at the scene. The crew disembarked onto the lifeboat, but the rough sea made it impossible to get the crew ashore so they reboarded their ship and were taken off by the rocket brigade.

When the master returned to his ship on 30th November, he found that the ship was not badly damaged and it was hoped she might be saved but on the 1st December the wind and the swell battered the ship and she became a total loss. The subsequent enquiry found that the loss of the ship had been caused by the captain’s failure to make adequate allowance the westerly drift caused by the flood tide and north easterly wind that they encountered. He was given a severe reprimand but his certificate was not suspended. 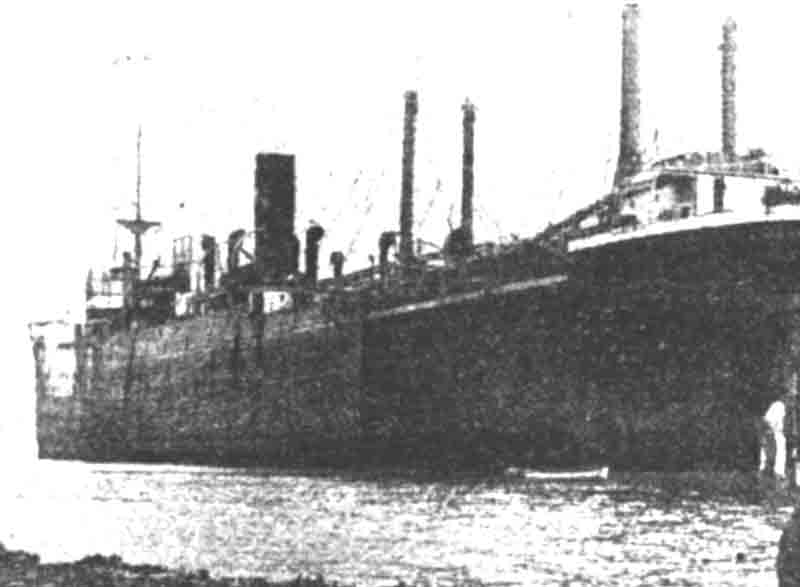 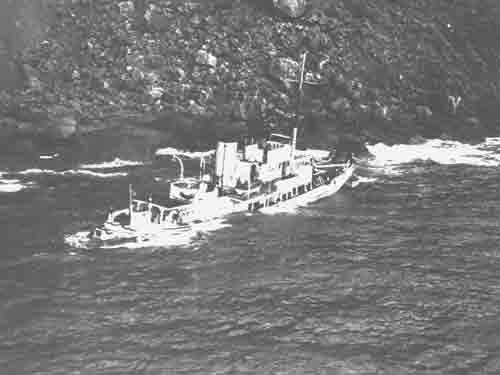 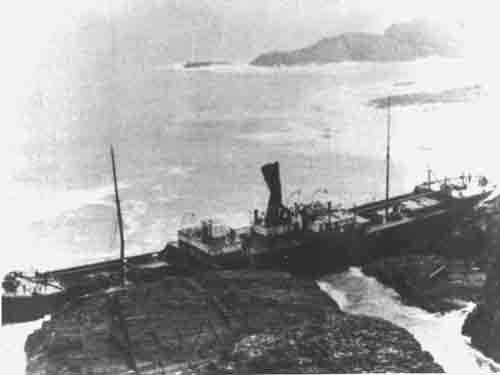 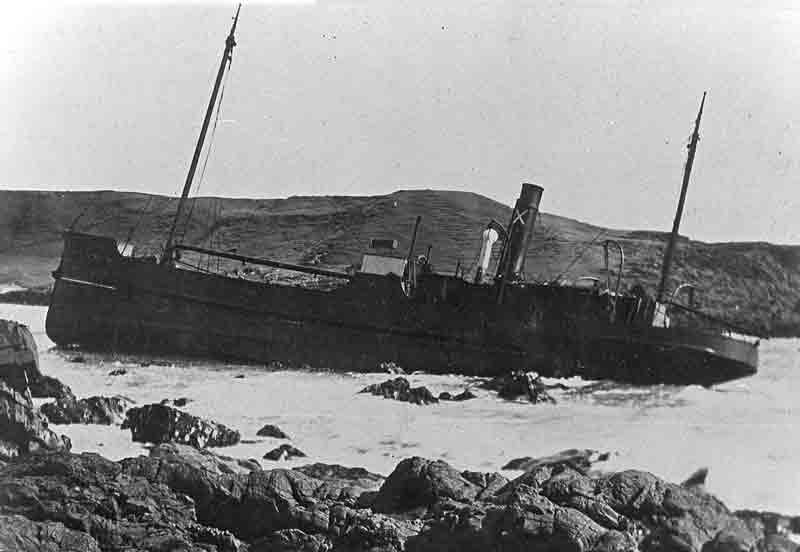 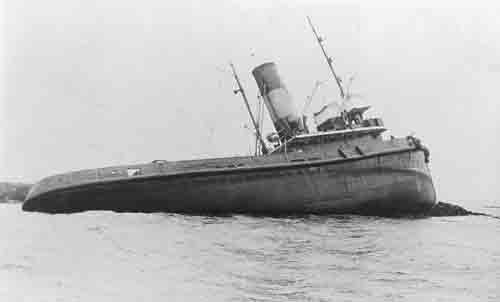 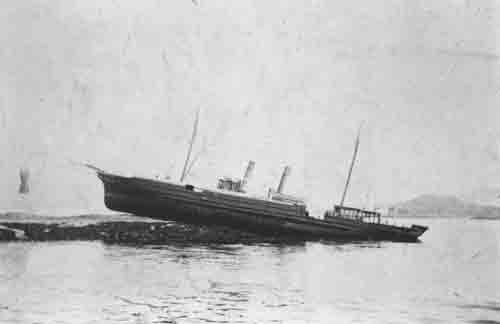 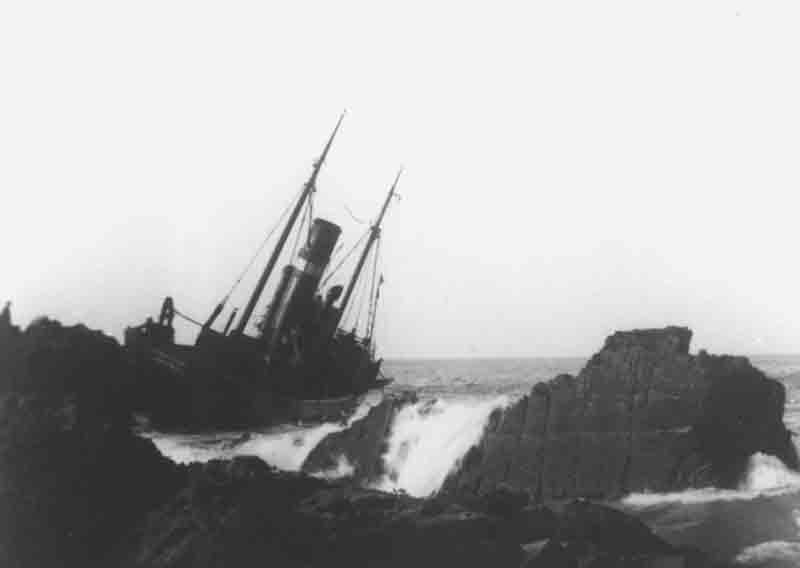 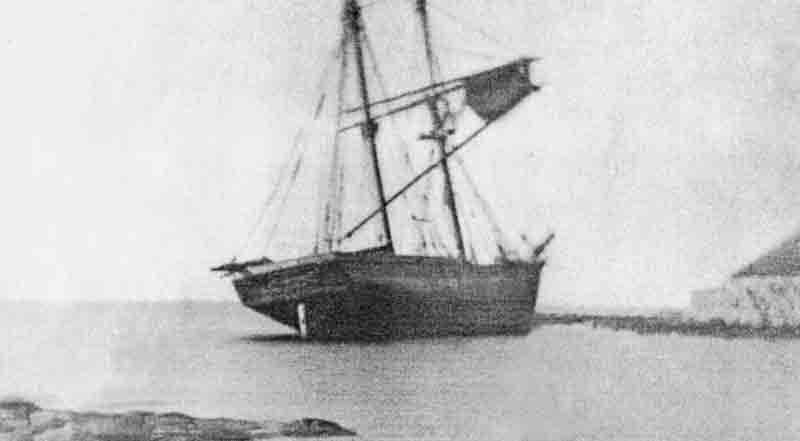 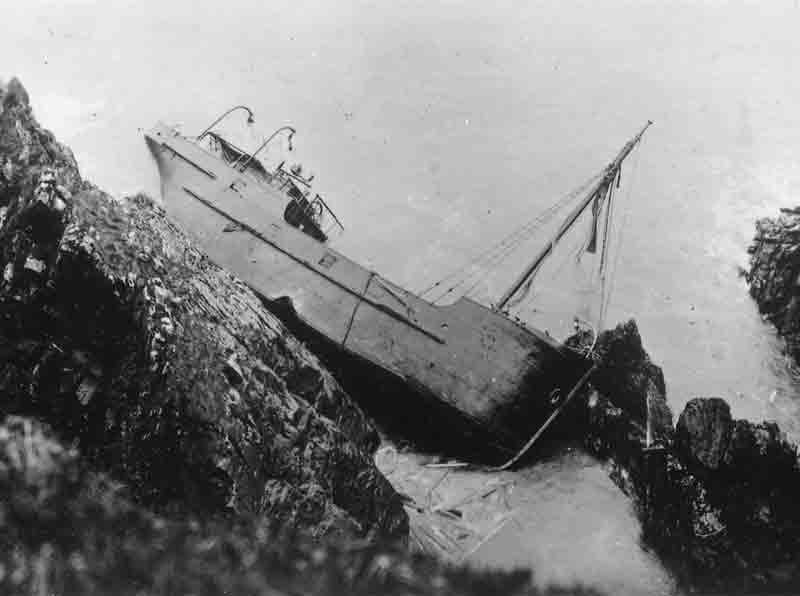 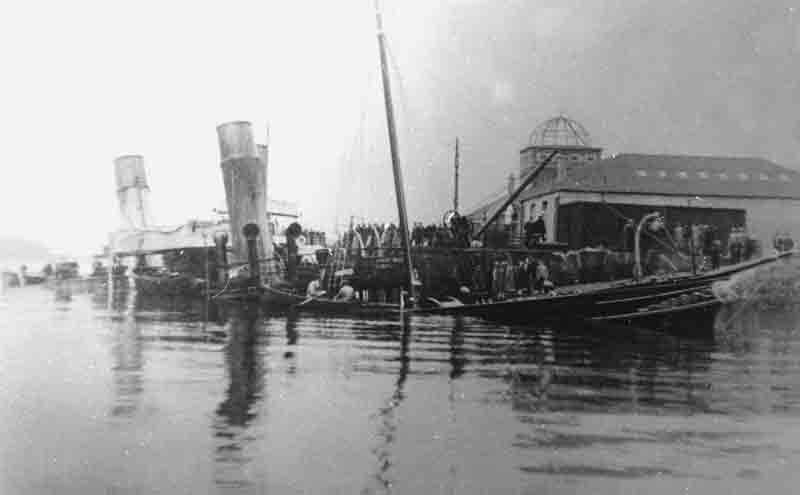 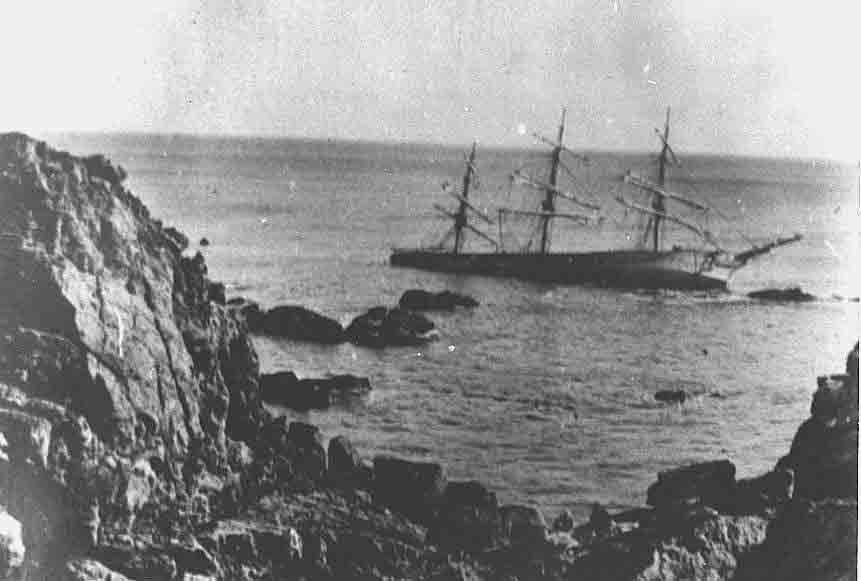 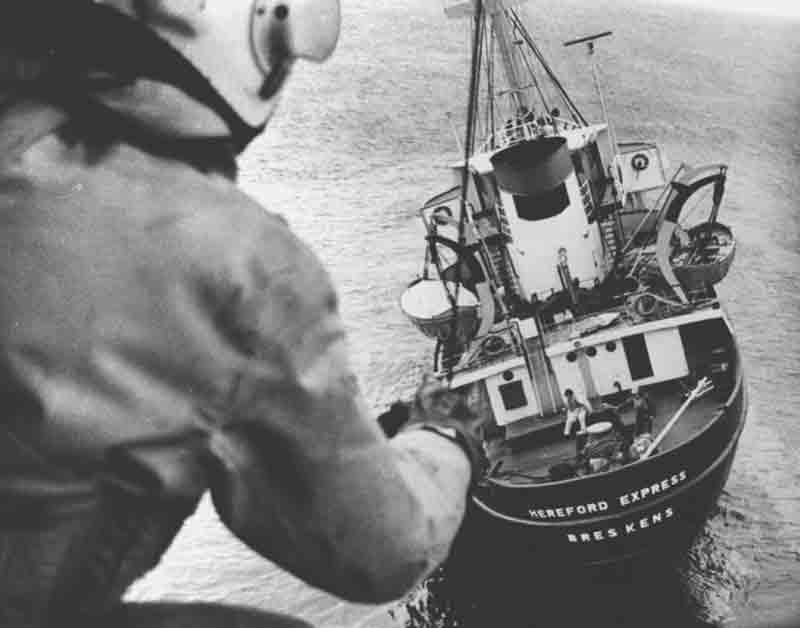 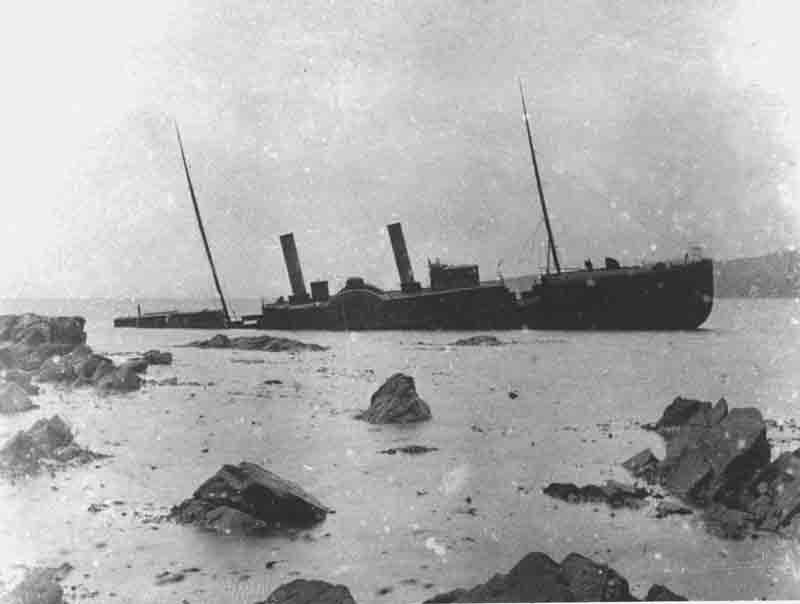 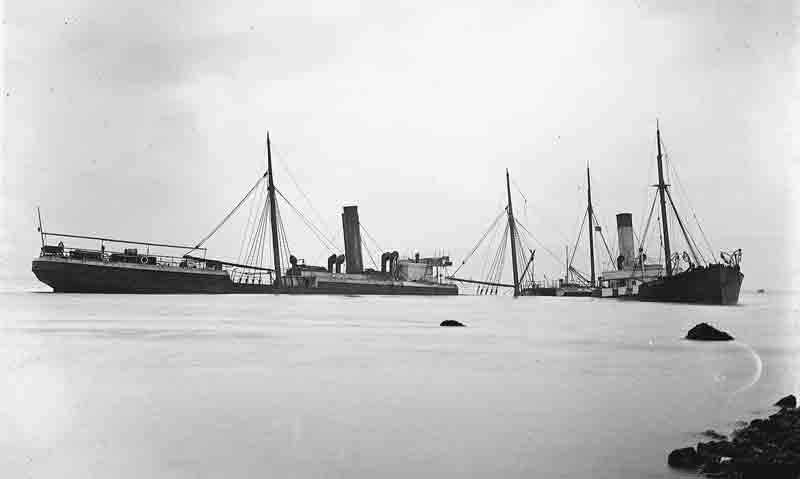 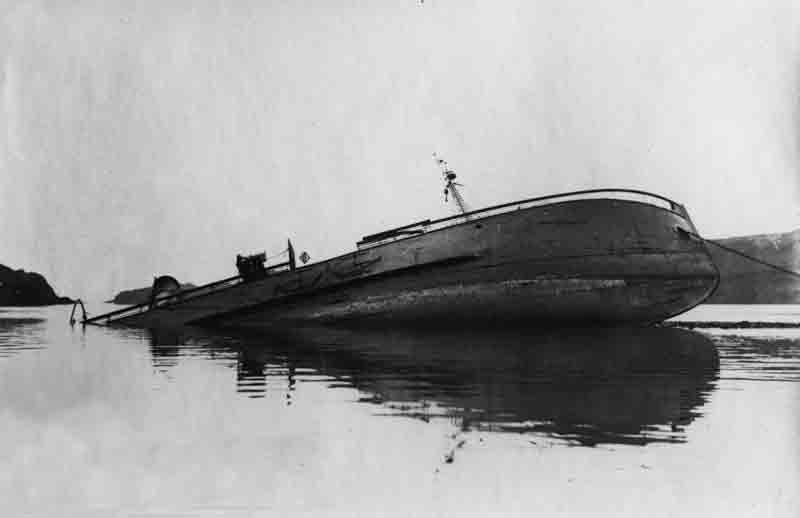 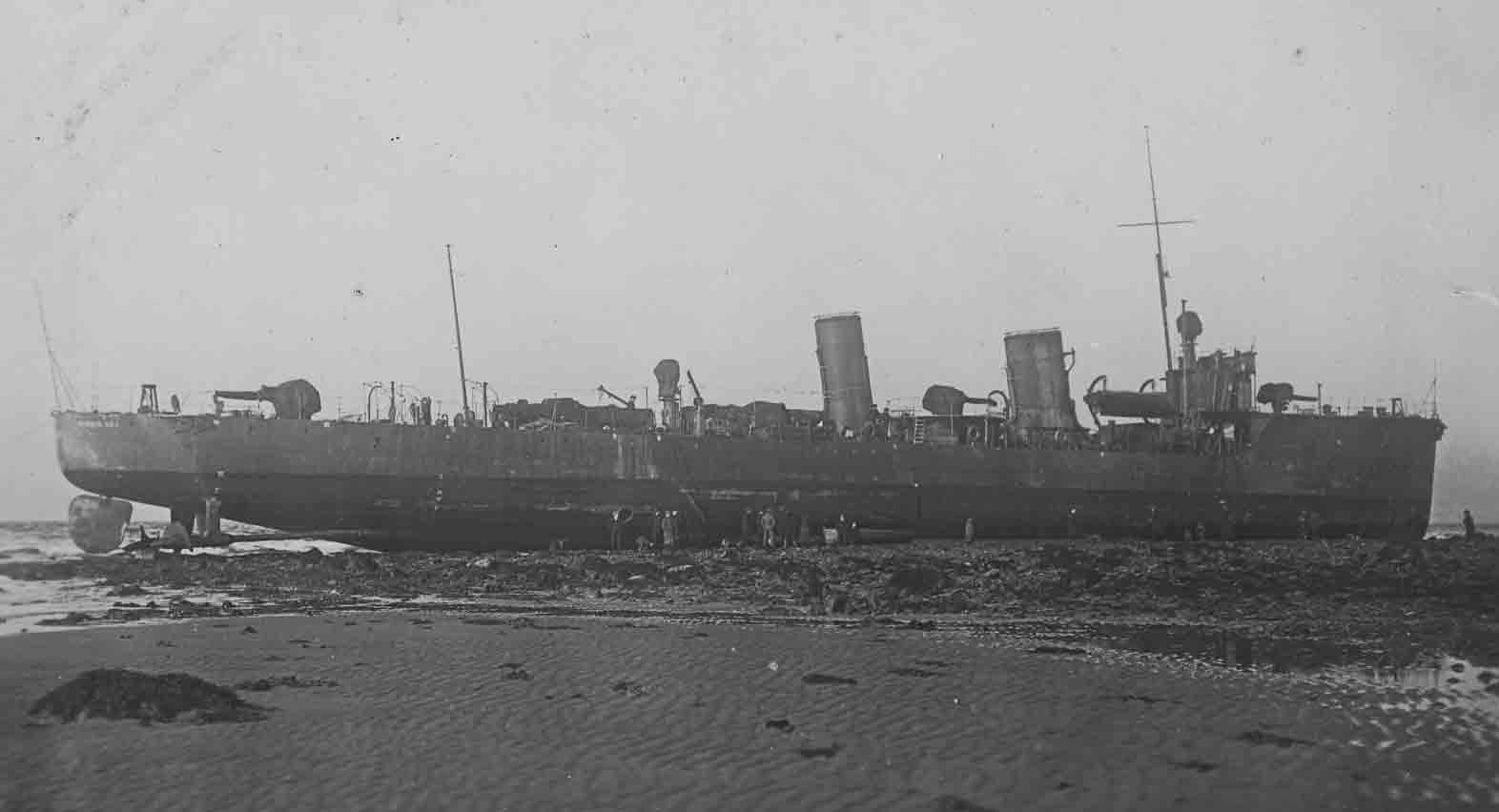 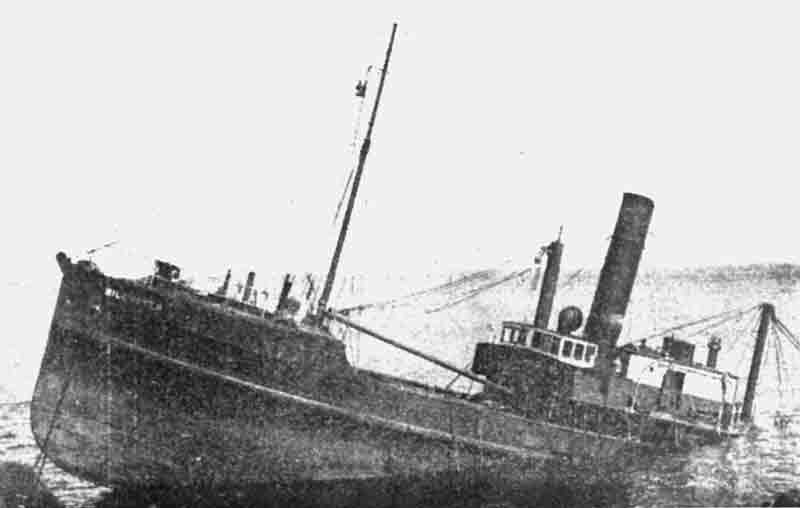 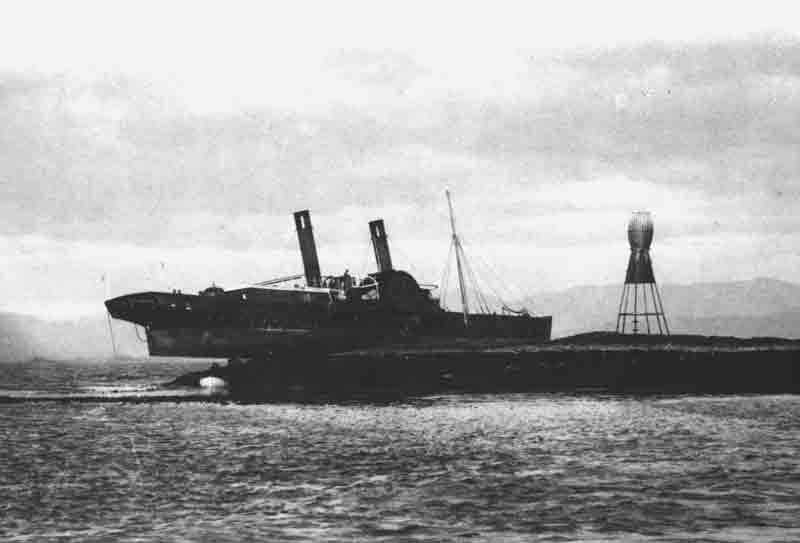 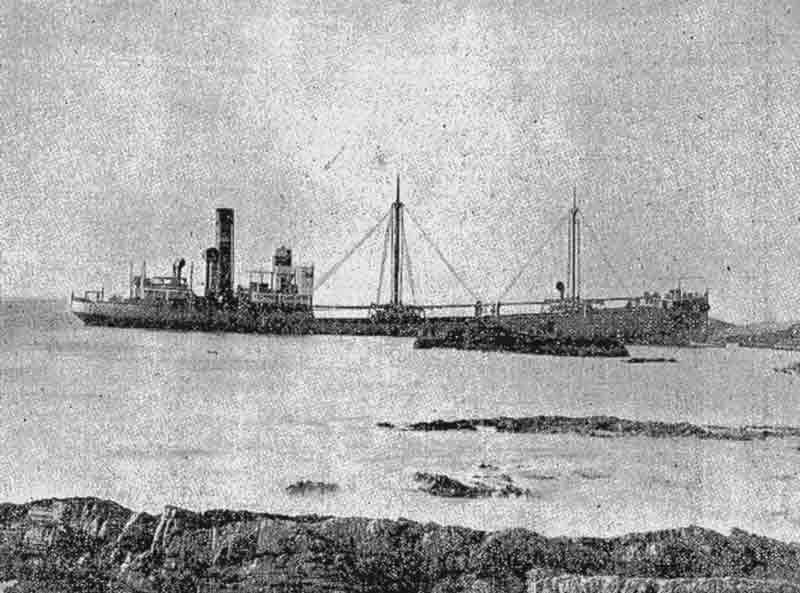 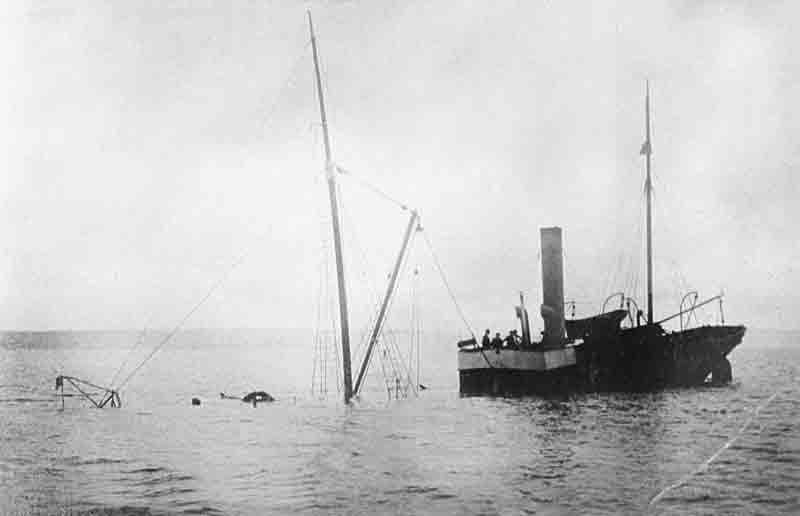 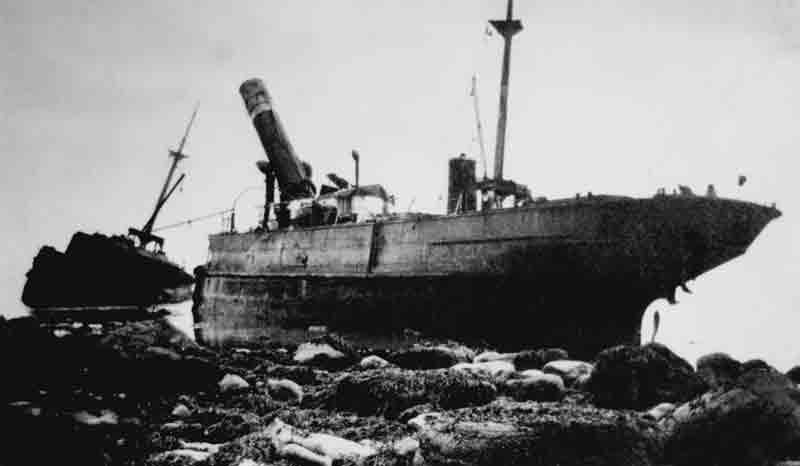 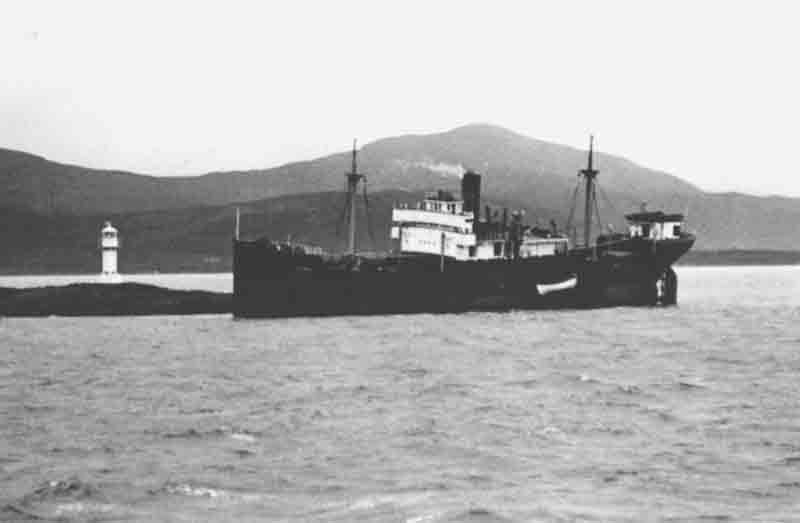 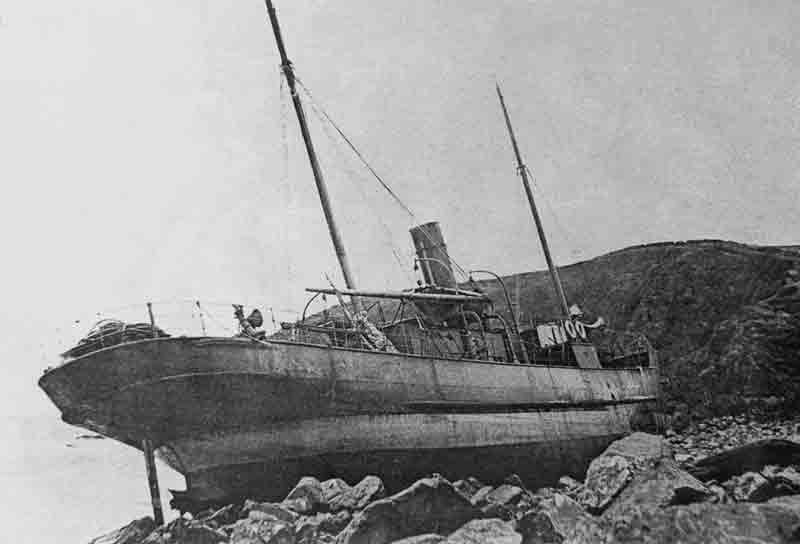